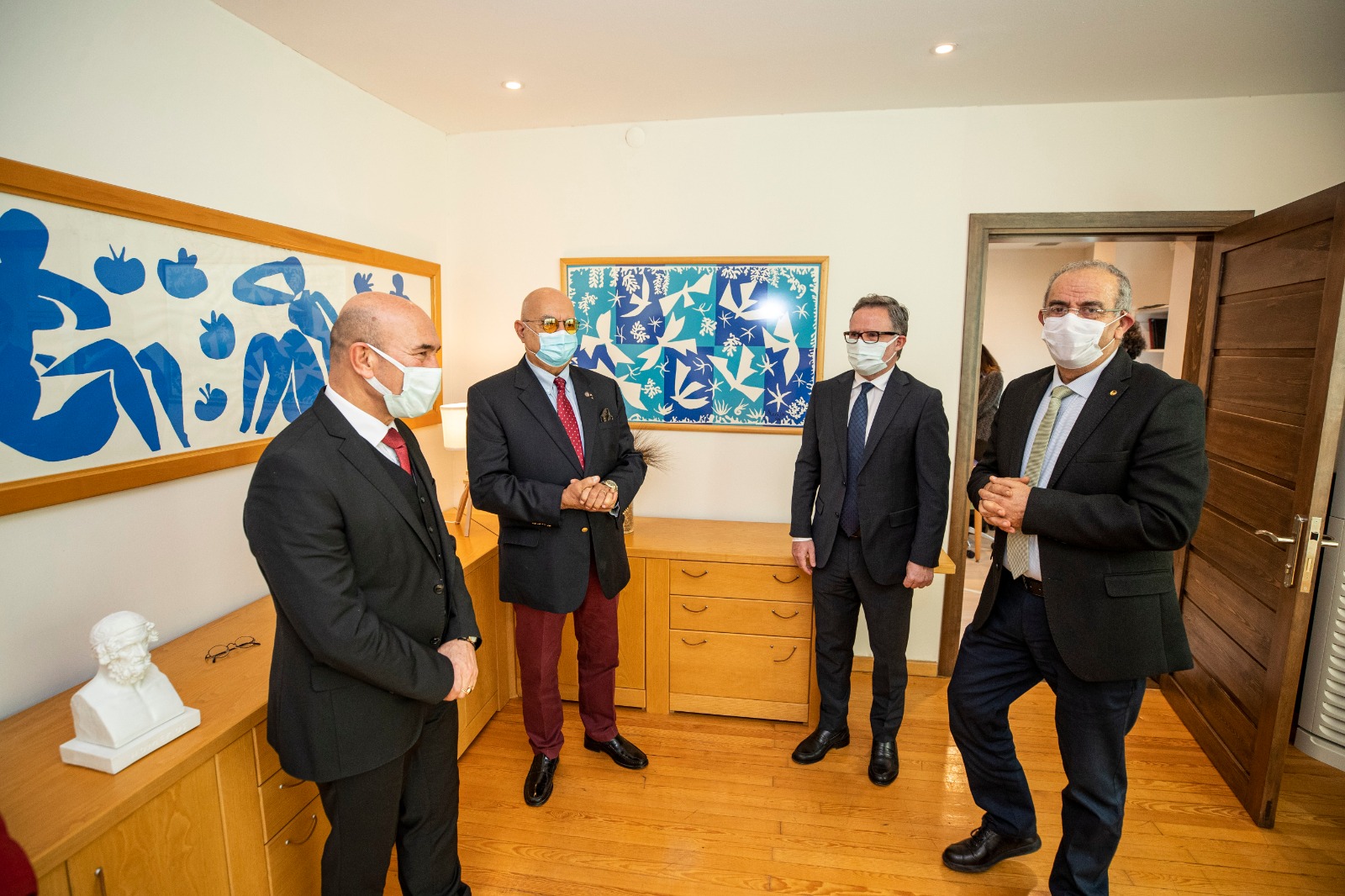 During their visit to Tunç Soyer, Mayor of Izmir Metropolitan Municipality, DIDER Board
members gave information about DIDER’s future activities and projects for international
promotion of Izmir.
Tunç Soyer stated that DIDER would have a very critical role for Izmir to become a World
city and expressed his appreciation and desire for contribution and any needed support to
DIDER’s future activities.
The board members, presenting bust of Homeros, the author of famous Illiad and Oddyseus,
underlined the importance of colloboration between DIDER and the Municipality in order that
Homeros, believed to live in Izmir during the ancient times, becomes an symbol identified
with Izmir at both international level and the local level.